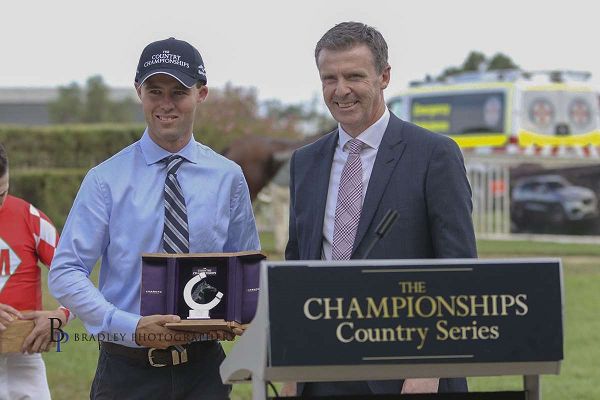 Cody Morgan is an experienced young trainer based in Tamworth, NSW, the capital of country racing.

He was a keen horseman from a young age, competing for years in a number of disciplines with much success.

Cody Morgan began his professional racing career apprenticed to Craig Martin where he outrode his Country claim. He continued his career under the careful tutelage of Tony McEvoy at “Lindsay Park” in the Barossa Valley SA. During this time Cody Morgan was given the opportunity to ride some talented gallopers, none more so than Fields of Omagh during his 2003 Cox Plate campaign.

He prides himself on the ability to present every horse in an immaculate condition on race day. That, coupled with his patience in placing each horse in its most suited races, has proven a great combination in having a winning strike rate upwards of 20% for the last 10 years.