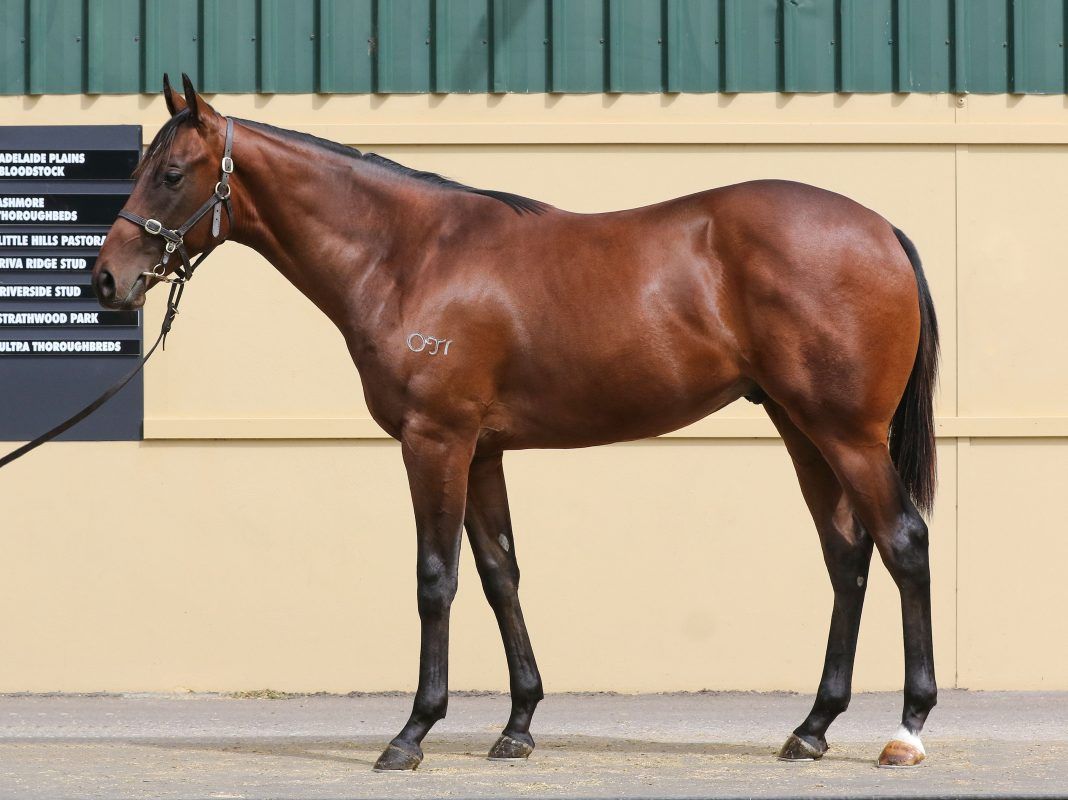 SYNDICATION SHARES – A COLT WITH LOTS OF PHYSICAL STRENGTH

​Exosphere colt is an exceptional mover. He is one powerful colt and possesses a big strong hind quarter, a colt that has lots of physical strength, strong forearms and nicely put together. Furthermore he has strong gaskins, short cannon bones, big deep girth and also great shoulders. A colt that looks like he will get up to a mile and his pedigree also suggests the same.

Jeremy Azzopardi (GOT Director) comments: He was very hard to fault. Moved with confidence and charisma. A strong neck and powerful shoulders. Really nice colt this, a get and go type of a horse. Good knees on him. This horse I thought he was one of the steals of the sale. Certainly one to get involved with at a great price.

There are 14 individual Group 1 winners bred on the same breeding patterns including,  ARCADEA QUEEN, IMPENDING and PIERATA.

The Exosphere filly also passed 100% clean on her x-ray, scope and clinical examination.

Richly talented Exosphere made his mark on the racetrack early, winning fresh-up in February of his 2YO season, followed by a fabulous victory in the Group 2 Skyline Stakes over 1200m. With his ability as a leading juvenile now confirmed on the track, the son of Champion Sire Lonhro was aimed at the very best races for the rest of his career.

As a 3YO, Exosphere won his first three races for the season in succession – highlighted by victory in the Group 1 Golden Rose, as well as wins in the Group 2 Run to the Roses and Group 2 Roman Consul Stakes. The boom colt ended his spring with a stunning run for fourth in the Gr1 Coolmore Stud Stakes and came back in the autumn to face the older horses, running fourth in the Gr1 Lightning Stakes to champion sprinter Chautauqua.

“Exosphere was a horse with amazing ability, as demonstrated in the Gr1 Golden Rose. He displays a lot of substance and he has a strong colonial speed pedigree. The Lonhro sireline has really kicked on and Exosphere looks as though he will add significantly to his father’s legacy,” said Darley’s Head of Sales Alastair Pulford.

GUINARD BAY by CASINO PRINCE winner at 1200. This is her second foal. She is the half-sister to Starlight Lady a 9-time winner and stakes performer and Noetic also a stakes performer.

She is also closely related to Housebuster champion Sprinter in the USA twice. A 15-time winner, 2 wins at 2 including 3 at Group 1 level. Housebuster stakes earnings was US $1,229,696 .

Kody Nestor was born and bred in Dubbo, NSW with the racing industry placing a big influence on him growing up. Kody’s career began at the tender age of 12 where he learnt the basics of stable operations at 15. After that Kody started his riding apprenticeship with his uncle Peter Nestor. Peter was well established. The respected trainer provided the perfect platform to learn and get the required experience. Above all Kody progressed quickly and the talented jockey headed to Sydney where he had a short stint with mentor Guy Walter before returning home to embark on his riding career as a qualified rider. Consequently the eleven years in the saddle saw Kody salute close to 600 times with the Birdsville Cup triumph aboard I AM METEORITE proving to be his career highlight.

“I feel I was a better horseman than a jockey and when weight issues got the better of me this was the natural progression that I wanted to take. I also trust my judgement and this is a big advantage to have the experience and be an age where I can work at my peak and give my horses the best possible chance on race day” – Kody Nestor

Kody also enjoys all aspects of the job and focuses his energy on the animal. Futhermore team is cohesive and has a solid foundation with wife Anna working on the ground ensuring the stable runs smoothly. Abovel all this gives Kody Nestor Racing the edge as they continue to grow and take on the challenges of new horses and owners. Therfore the horses are coming through the system now and we look forward to racing at all levels and competing on the big stages of racing in this country.

WE DO NOT CHARGE MANAGEMENT FEES or TAKE PERCENTAGE OF PRIZEMONE