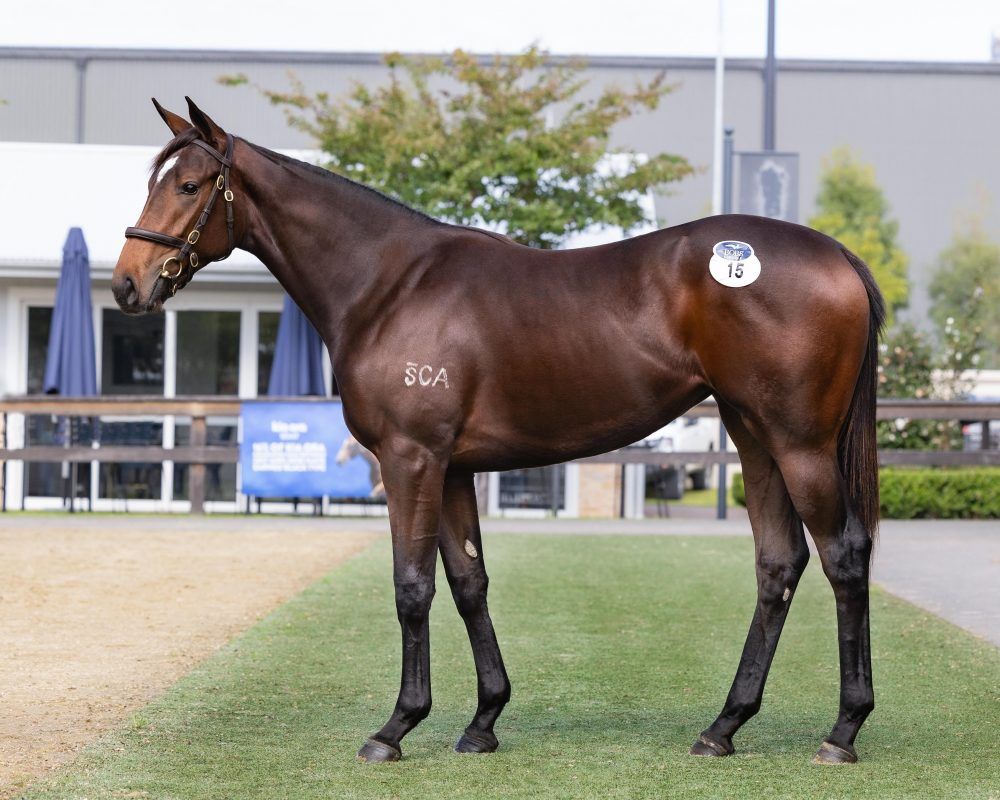 PURCHASED FROM COOLMORE STUD, PERSONALLY PICKED BY CODY MORGAN, A FILLY THAT HAS IT ALL PHYSICALLY OUT OF A STAKES WINNER

A filly that should not be missed out on. Purchased at the Inglis HBTA sale from one of the best farms in Australia Coolmore Stud. She was also hand selected by Cody Morgan and myself.

An absolute beauty, put together very well. She also has strong shoulders and hind-quarter. Above all, a filly that oozes quality, walks fluently and effortless furthermore she is extremely athletic.

Hard to find a better type, she has it all physically and looks like all of the top shelf running fillies.

She is also the direct descendant to 53 Individual black type winners, 7 at Group 1 level, 8 at Group 2 level and 17 at Group 3 level.

Finally our Vancouver filly also passed 100% clean on her scope and clinical examination.

VANCOUVER is the best son of world-class sire MEDAGLIA D’ORO.

His grandam is the dual Group 1 winning Champion sprinter SKATING.

“It’s a stallion making race and he will make a stallion” – Trainer Gai Waterhouse after the Golden Slipper.

Her Dam MAID OF CAMELOT also won at Listed level.

His sire ROYAL APPLAUSE is a great broodmare sire with stakes earnings of over $43 million, he has also had 30 stakes winners.

Cody Morgan is an experienced young trainer based in Tamworth, NSW, the capital of country racing. He was a keen horseman from a young age, competing for years in a number of disciplines with much success. Cody began his professional racing career apprenticed to Craig Martin where he outrode his Country claim. He continued his career under the careful tutelage of Tony McEvoy at “Lindsay Park” in the Barossa Valley SA. During this time Cody was given the opportunity to ride some talented gallopers, none more so than Fields of Omagh during his 2003 Cox Plate campaign.

Consequently rising weight featured heavily in Cody’s decision to turn his hand to training, gaining his licence in 2008.

He also prides himself on the ability to present every horse in an immaculate condition on race day. That, coupled with his patience in placing each horse in its most suited races. Above all Cody has proven a great combination in having a winning strike rate upwards of 20% for the last 10 years.

Please feel free to contact me directly on the number’s below or send me an email if you have any questions or wish to secure a share. I look forward to hearing back from you.