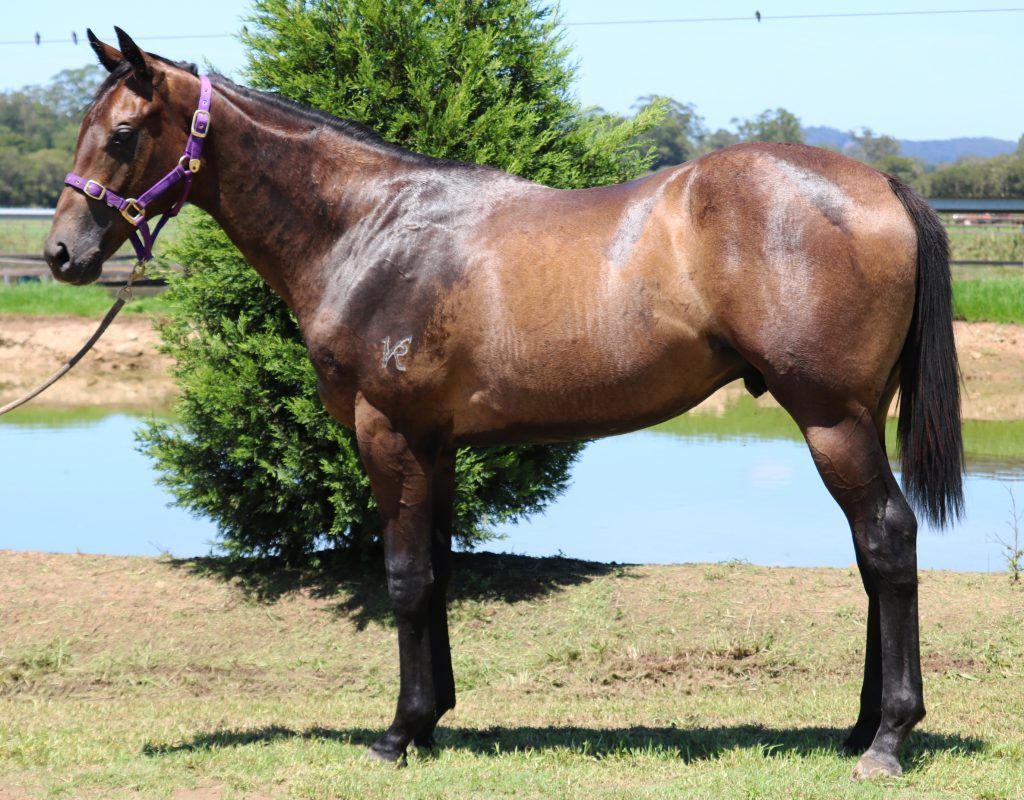 ONLY 25% LEFT!! PRE-TRAINING GIVE BIG RAPS TO THIS WELL BRED COLT. POWERFUL WITH STRENGTH IN ALL THE RIGHT PLACES, HALF TO ANJANA A BLACK TYPE WINNER AND GROUP 1 PERFORMER BY A MORE THAN READY MARE.

This Wandjina colt was purchased from well renowned Widden stud.

Very well bred being a half-brother to black type winner and multiple group performer Anjana. The decision to give him to John Ledger was an easy one. John has had a lot to do with Anjana where she has spelled and pre-trained at his stables all her racing career. We feel this gives our Wandjina colt the edge as John knows the family better than most.

He is great value is a fluent mover with a great action. Strong and rangy colt, stands over ground and is a great type.

There is a lot to like. He has a lot of scope about him. This colt is a beautifully natured horse and is very relaxed individual. He takes everything in his stride which is something you want to see in a colt.

The Wandjina colt is currently in pre-training at Doran Park with astute horse person Gordan Pratt. Gordan reported, “I really like this guy, he is lovely and very imposing. Very bold, great type and forward thinking. An exciting horse”

This colt hails from a strong black type family, he is the direct descendant of 22 individual black type winners. Our colt is bred on the same breeding patterns as 6 individual Group 1 winners and is Goldmine rated 20/20. He also has a E Nicks rating of A+.

He has passed his clinical examination and is scoped clean.

The Sire WANDJINA, by stallion sensation SNITZEL born for brilliance, 3 wins-1 at 2-to 1600m a $1,000,000 dollar yearling – described by his purchaser, James Harron as “…an oil painting.”

Wandjina confirmed his potential in the big leagues when splitting two of the best sprinter/milers in the country in Dissident and Chautauqua. He was the winner of the Group 1 VRC Australian Guineas. The final figures for the Australian Guineas are OUTSTANDING – 9 lengths above standard put him right at the top of the tree.

Rated the fastest two-year-old in Gai Waterhouse’s stable of his year. His oldest progeny are only 3yo’s.

FURTHER by More Than Ready a mother that produces winners. This is her seventh foal. Her sixth foal is a 2yo. Dam of 5 foals to race 4 winners including black type winner Anjana trained by Mick Price.

Further is the daughter of multiple Group winner SHELBOURNE LASS and the half-sister to Group winner ELUSIVE TOUCH.

Ledger Racing is a family run business and their passion is racing. They has produced what they believe to be one of the premier training bases in NE Victoria.

In addition Ledger racing also owns and operates Adrian Park Agistment, 200 acres of peaceful country side which is located in Killawarra along the Ovens river, 20 minutes away from the ledger stable.