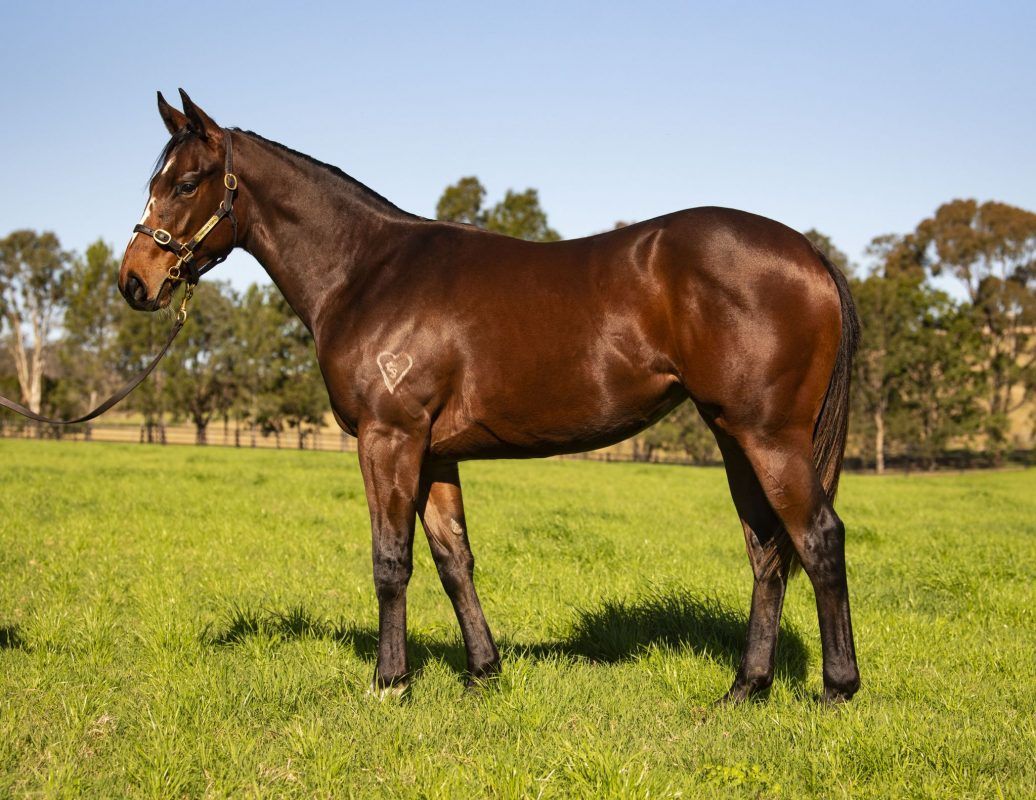 THOROUGHBRED SHARES ABSOLUTE CRACKING TYPE, AN EXCEPTIONAL FILLY LOADS OF POWER BY A MUM THAT HAS HAD 6 TO RACE ALL WINNERS

This Your Song filly was purchased from the Inglis sale from well renowned Torryburn stud draft.

A stunning filly that is a fluent mover, oozes presence furthermore with strength to match. She has lovely angles, strong shoulder and a big deep girth. She was also our top pick at the sales.

Above all she has it all physically and is a great type and a filly that really caught our eye. This filly also took everything in her stride during the sales and as a result we could not fault her temperament.

In addition she has the best breeding patterns you can get being an A+++ Nicks rating. Also has a Goldmine rating of 20/20. This rating is calculated on similar breeding patterns based on graded stakes winners. A 20/20 rating is excellent. She also has 77 individual Group 1 winners bred on the same patterns. This includes REDOUTE’S CHOICE, FLYING SPUR, ZIPPING AND HOLY ROMAN EMPEROR.

She is the direct descendant of 152 individual black type winners including, 22 at Group 1 level, 20 at Group 2 level and 24 at Group 3 level This includes BRAZEN BEAU, I AM A STAR, ENCOSTA DE LAGO and RUSSIAN REVOLUTION.

Our filly has also passed 100% clean on her scope, x-ray and clinical examination.

YOUR SONG by FASTNET ROCK renowned wet tracker has been described as the most dominant Group 1 winning son of Fastnet Rock. He was a runaway winner in the BTC Cup Group 1 by 5 lengths beating Rain Affair and Better Than Ready, 2d ATC  Run to the Rose Handicap Group 3 to Pierro and beating Epaulette, 3d ATC Roman Consul Stakes Group 2 to Jolie Bay and Knight Exemplar.

He genuinely stamps his stock as a first season leading sire. In short the future could not be brighter as his progeny mature and progress with their racing careers.

LE SILLAGE by ENCOSTA DE LAGO was considered an above average race horse. A winner of 2 races both in town and also placed on 3 occasion in the town. She certainly brings that to the breeding barn with 6 foals to race all winners including Baltic Whisper winner of 6 races.

His stats are not short of amazing with 190 stakes winners, 112 at group level with 12 individual group 1 winners totalling 15 group 1 wins. This includes IMPENDING, THE QUARTER BACK and INVADER. Encosta De Lago as a broodmares sire has produced 32 stakes winners as 2yo’s.

She hails from a strong family and her pedigree runs deep.

Kody Nestor was born and bred in Dubbo, NSW with the racing industry placing a big influence on him growing up. As a result Kody began his racing career at the tender age of 12. Furthermore he learnt the basics of stable operations at 15 he started his riding apprenticeship with his uncle Peter Nestor. Peter was also well established and the respected trainer provided the perfect platform to learn and get the required experience. Above all Kody progressed quickly and the talented jockey headed to Sydney. He also had a short stint with mentor Guy Walter. Soon after returning home to embark on his riding career as a qualified rider. The eleven years in the saddle saw Kody salute close to 600 times with the Birdsville Cup triumph aboard I AM METEORITE proving to be his career highlight.

“I feel I was a better horseman than a jockey and when weight issues got the better of me this was the natural progression that I wanted to take. I trust my judgement and this is a big advantage to have the experience and be an age where I can work at my peak and give my horses the best possible chance on race day” – Kody Nestor

Kody  also enjoys all aspects of the job and focusses his energy on the animal. The team is cohesive and has a solid foundation with wife Anna. Working on the ground ensuring the stable runs smoothly. This gives Kody Nestor Racing the edge as they continue to grow and take on the challenges of new horses and owners. The better horses are coming through the system now. We look forward to racing at all levels and competing on the big stages of racing in this country.

Get In Touch With Us